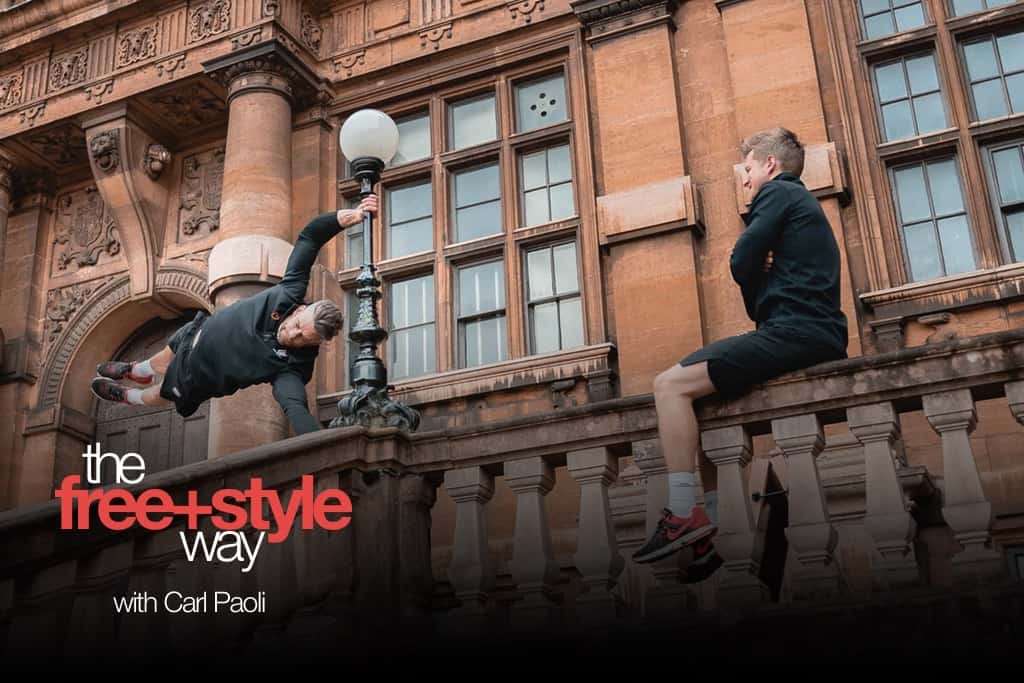 This week on the Podcast Carl Paoli talks to Tim Stevenson and David “Jacko” Jackson, the founders of The School of Calisthenics.

This week on the Podcast, Carl Paoli talks to Tim Stevenson and David “Jacko” Jackson – Founders of The School of Calisthenics.

LISTEN TO THE EPISODE HERE

Both Tim and Jacko have a background in rugby. During Tim’s years of playing rugby, he suffered several shoulder dislocations and had two reconstructive surgeries, and Jacko who played professionally for 14 years was forced to retire after suffering numerous head injuries.

After rugby, Tim became a strength and conditioning coach and one day on his quest for finding something that would help him keep his shoulder in place, he began to practice handstands. Although humbled by the difficulty of learning how to perform basic gymnastics movements such as a handstand, he fell in love with the process and began sharing what he was learning with his friend Jacko – who at the time had just retired from playing  professional rugby and no longer had a purpose for training his body other than for looks.

Besides training calisthenics together, Jacko also started shadowing Tim in his strength and conditioning practice. Thanks to Tim’s focus on working with adaptive athletes, Jacko got a chance to quickly develop the ability to coach and develop inclusive and effective progressions to help others improve their physical performance regardless of their background.

Since they first met and started practicing calisthenics for fun, Tim and Jacko have made it their profession by founding a wonderful organization called the School of Calisthenics – a digital platform for teaching individuals the foundation of bodyweight training with the intent of making the impossible possible. They also travel and teach in person workshops all over the UK.

In this fun and insightful episode, Tim and Jacko share how they first founded and funded the school of calisthenics, what they’ve learned, the mistakes they’ve made along the way, how they made corrections that have allowed them to continue to grow, and what legacy they hope to leave through all of their initiatives.